The year was 1996, when Kaido Kikkas and some other good friends from the Rehabilitation Technology Laboratory of Tallinn University of Technology entrusted me with the  administration of a telnet-based talker. The name of the talker was (is) “Vanalinn” (“The Old Town” in  Estonian) and it was one of the most popular telnet talkers  at that time. This place was also known as a place with a good aura, because we did not tolerate cursing and spamming.

My job as a chat room “god” was to keep the talker running. I also developed it further, learning to program in C on the way. Added a lot of great features to make talker more attractive.

A Telnet talker is text-based. Functions and commands can be used, most common commands started with a period. for example, .who showed the list of people currently online, .help gave some assistance etc.

We had talker meetings where people who had already become virtually friends had a chance to meet in person. There were a lot of meetings at my home in Kaiu. It should be mentioned that several people who met in my virtual world are married now.  I also had my own sympathies and so-called girlfriends.

The crazy band that performed at my 1999 birthday –  kakupesa.net/kakk/PressEscape

The talker “died” when all kinds of better services such as Skype, MSN, Orkut, Facebook etc appeared on the Internet.

But at the moment, the environment is still running on the web. Even I don’t go there now because what would I do there alone? But there is a place for nostalgia. 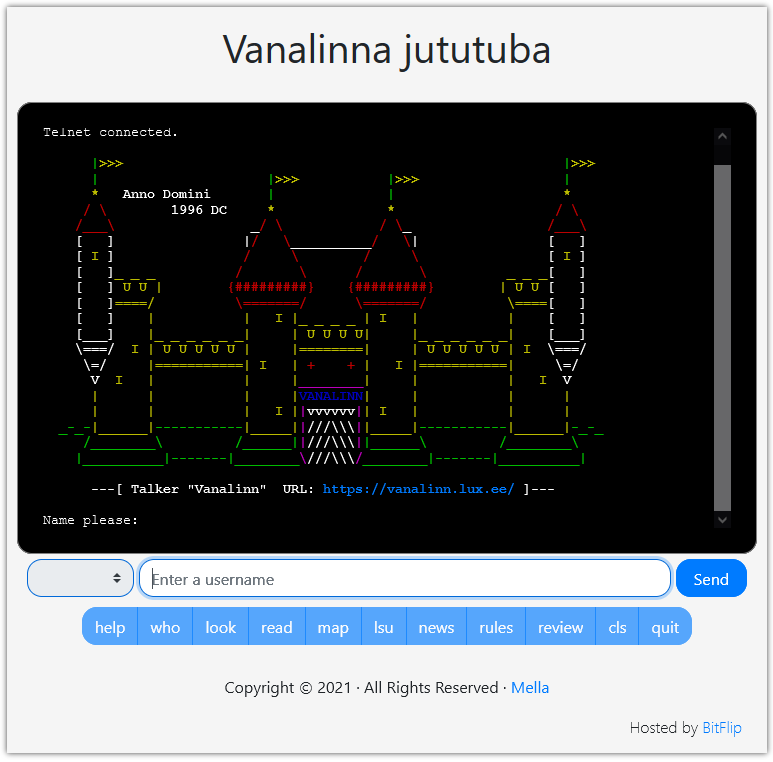